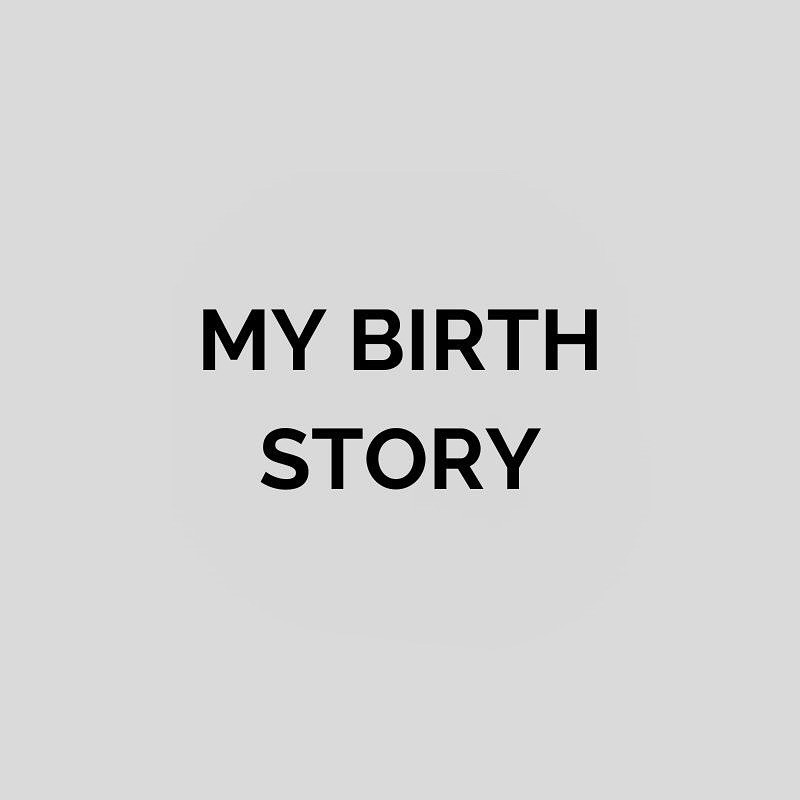 The reason I am sharing my story is because when I was pregnant I found a lot of comfort in reading other mother’s stories and learning about all the different ways labour and birth can go. It gave me comfort and educated me to prepare for my own. I hope this can do the same for those reading this.

How it all started

Exactly 41 weeks, on my dad’s birthday I woke up at 20 past 1 in the morning with contractions. They were quite strong as even after taking 2 paracetamol I couldn’t get back to sleep so I sat up in the living room trying not to wake my husband. However, he knew I’d got up and came to see what was going on at 238am (he was very specific about the time). At this stage I called the hospital to let them know my labour had started but my waters were still intact and they said to stay at home which was my plan anyway.

We started timing the contractions using the Freya app (from The Positive Birth Company) and by 6am I was having 3 in 10 minutes so we decided to head to the hospital. For me, all my contractions were in my back, which I’d later find out was due to baby being back to back, I never felt a contraction in my tummy throughout my entire labour. Having planned to birth on the midwife led unit we headed straight there, I was examined to be told I was 1cm dilated. Most people have said how disheartened they would have been, but for me I was fine because I knew where I was at and could manage it. The midwife also told me that even though I felt contractions she thought perhaps some of them were actually just the baby moving rather than a true contraction. We headed home, I hopped in the bath and we waited it out. My waters went at 830am. I’ll never forget it because we were watching Phillip Schofield on This Morning tell the world he was gay. I called the hospital and they told us to come in when we were ready, we got there at about 11am.

Again, we were given a room on the midwife led unit and I laboured there all day and all night until about 130am the following morning. During this time, I couldn’t eat, vomited all over myself and my husband, used the shower to help with my contractions, also used the TENS machine and opted for pethidine as a source of pain relief. After being examined twice throughout the day and night I was only 3cm dilated despite being in labour for 24 hours and the midwives advised me it was best to move up to the labour ward where baby could be monitored more closely. I wasn’t having a water birth (which I’d hoped for), but I was ok with that.

Moving to the labour ward

The midwives put me in a wheelchair, and we arrived upstairs. Thankfully the midwives looking after me stayed with me until their shift ended at 8am. I was still 3cm. They hooked me and baby up for monitoring (with a clip on his head) and after discussions I was put on the syntocinon drip to try and make my contractions stronger. At this point the pethidine was due to be topped up but we decided against it as we were also considering an epidural and couldn’t have both. After discussions I opted for the epidural in a bid to get some rest, I’d been awake for over 24 hours at this point. This is the first of two instances where things didn’t go very smoothly. They had me prepped, sprayed the cold spray on my back and the anesthetist got called away to an emergency, I waited 4 hours for another one to come, with no pain relief. Needless to say at 4am when I finally got my epidural, I slept for a good few hours. The drip was still going, however, not quite as everyone had hoped. Every time the dose of hormone was increased, to try and make the contractions stronger and in essence help me to dilate, baby’s heart rate would drop and it was taking longer to recover each time. In essence, they couldn’t increase the hormone enough to help me dilate without a risk to baby. After 14 hours on the drip, and me now being 5cm dilated at most the consultant came in and advised that it would be best to try another 4 hours and then we would do a c section if there was no further progress.

In the midst of all this happening there were so many other people coming in, all disagreeing with each other, looking at the chart, talking to the midwives and me and I was feeling even more uncomfortable as each minute passed. I had told my hubby to go home (we only live 5 minutes from the hospital) have a shower and freshen up. An hour into the next 4 hours I wasn’t comfortable with how things were going anymore, the consultant came back and I told her to take me for a c section, this was about 8pm (43 hours after my first contraction and 36 hours after my waters had gone). I was upset because I hadn’t eaten in 2 days, was only half-way to being 10cm and was sick of too many opinions and changes. However, I will say I felt so empowered that I had made the final decision for us and our baby. I called my husband to come back as soon as possible, it wasn’t an emergency as baby was ok because they turned the drip off. I was still contracting naturally but just not very strong.

At 10pm they wheeled us down to theatre. I was just about to be transferred to the theatre table to be told there was an emergency of higher priority than me, so I was wheeled back to my room. Finally, at 10 past midnight on the 9th of February we went back to theatre and at 0034 Kit Taylor Law joined our family. He cried straight away which was music to our ears. When the surgeons took him out, they confirmed the cord was around his head, which explains why I wouldn’t dilate. The midwives were hoping that by having me on the drip he would move and the cord would come free but it didn’t. Now I have some answers it’s much easier for me to process what happened.

Whilst I didn’t like the consultant, or her decisions I cannot speak highly enough of the midwives, across all four shifts who supported me during labour, three of them even came to visit me on the ward the following day. My husband was also my rock, without him I could not have got through those two days and all that followed, I’ll be forever grateful.

I also cannot speak highly enough of The Positive Birth Company, which I firmly believe helped frame my mindset for labour and birth and contributed to how I feel today. Positive, happy and content I made the right decisions.