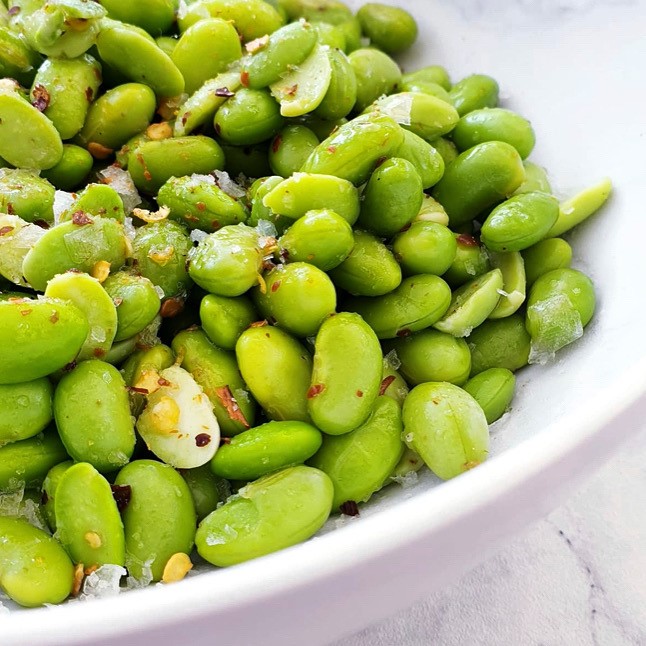 I get this question all the time – “but I heard soya isn’t good for you is it because of the estrogen?” Let’s debunk this shall we.

Soya is a legume and popular nowadays as a milk alternative. It is also consumed as soya beans (edamame) and tofu.

Why do people think soya is “bad”?

The majority of the evidence around soya being “bad” for you comes from animal studies and those conducted in a lab. We know that the findings from these studies cannot be applied to humans as we are a different species all together and how something affects animals is different to how it can affect humans (I’ve discussed this before). Soy contains phytoestrogens. These are different to the hormone estrogen found in the body. Even though they both contain the word estrogen, the way they function is very different.

The body of thought existing around soy consumption in Asian population groups and a lower rate of cardiovascular disease has never been proven. Whilst, Asian populations consume a large volume of soy based products and yes there is a lower rate of cardiovascular disease, research has failed to show this is the cause. This population group also consume a wide variety of other foods (think fruit and veggies) which we don’t in the western world. They are also less stressed, they live in sunnier climates and are far more social than we are. This all plays a role in health and cannot be excluded from the conversation.

Bone health, particularly in post-menopausal women. This has been well researched and concluded that there is a positive association with soy consumption and increased bone mineral density. This means it’s good for your bone health. However it’s not known if this is because of the protein and calcium content of soy which is similar to cows milk or because of the isoflavones (a compound found in soy). It certainly hasn’t been shown to be detrimental though. (Messina. M. 2016)

A few studies have reported a reduction in blood pressure although this wasn’t the main aim of those studies, therefore further research is needed here.

Finally, when looking at the evidence on soy consumption and breast cancer a review in 2010 (Hilakivi-Clarke et al) concluded that soy consumption throughout your life can have a protective effect. This is also the case when discussing menopausal symptoms and bone loss. This doesn’t mean you should only consume soy, it means consuming it as part of your diet is safe, encouraged and actually starting it in your youth may have benefits when you are older.

…if you cannot consume dairy and need a milk alternative then soya is a good choice. Actually out of all the milk alternatives soys protein content is highest in comparison to dairy, the others don’t stand a chance. And anyone who’s preaching that soy consumption is detrimental to your health…I’d be asking for the studies proving it.