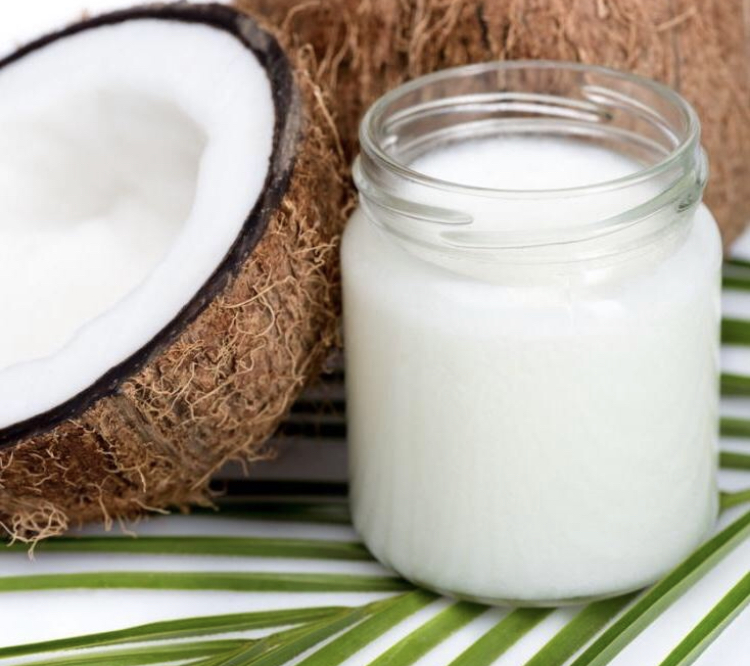 Coconut oil started becoming trendy in the U.K. about 5 years ago and has since apparently contributed towards weight loss, better skin, enhanced memory and supporting a healthy heart.⠀

So what do we know about coconut oil:⠀
? It’s high in saturated fat. Don’t immediately think “bad” it’s just a fact. This also means it’s solid at room temperature.⠀
? It flavours food, so if you don’t like the taste of coconut oil it’s probably not for you.⠀
? It’s a stable cooking oil but shouldn’t be used for frying as it has a low smoke point, ie. it burns easily.⠀

A review of lots of studies (meta analysis) by Eyres et al in 2016 found that it does raise total and LDL (the dangerous type) cholesterol more than other plant oils (like sunflower, olive or rapeseed) but less than butter. So if you have high cholesterol may be best to chose another oil. ⠀
.⠀
On the weight loss front, science talk coming……it was once thought that coconut oil behaved in the same way as medium chain triglycerides (MCT) which when consumed can reduce food intake by making you feel more satisfied with the meal you’ve consumed. However, a clinical study conducted by Kinsella et al in 2017 found this was not the case and coconut oil does not work in this way. So that’s out the window too. ⠀
⠀
Any information you see about skin health is purely anecdotal which means whilst it may work for some, it won’t for others. ⠀

The truth is there are simply not enough studies out there to show what impact, positive or negative coconut oil has on our overall health. So be sensible, if weight loss is your goal I wouldn’t recommend adding extra fats to your diet. If health is your goal my advice has always been to use a variety of oils, that way you can benefit from the nutritious properties of them oil. ⠀
? Rapeseed/canola oil for frying⠀
?Olive oil for roasting⠀
? Extra virgin olive oil and/or sesame oil for dressings or anything that doesn’t involve heating⠀
? Coconut oil for baking⠀