By Kate TaylorFebruary 24, 2020Food for thought, Pregnancy
No Comments 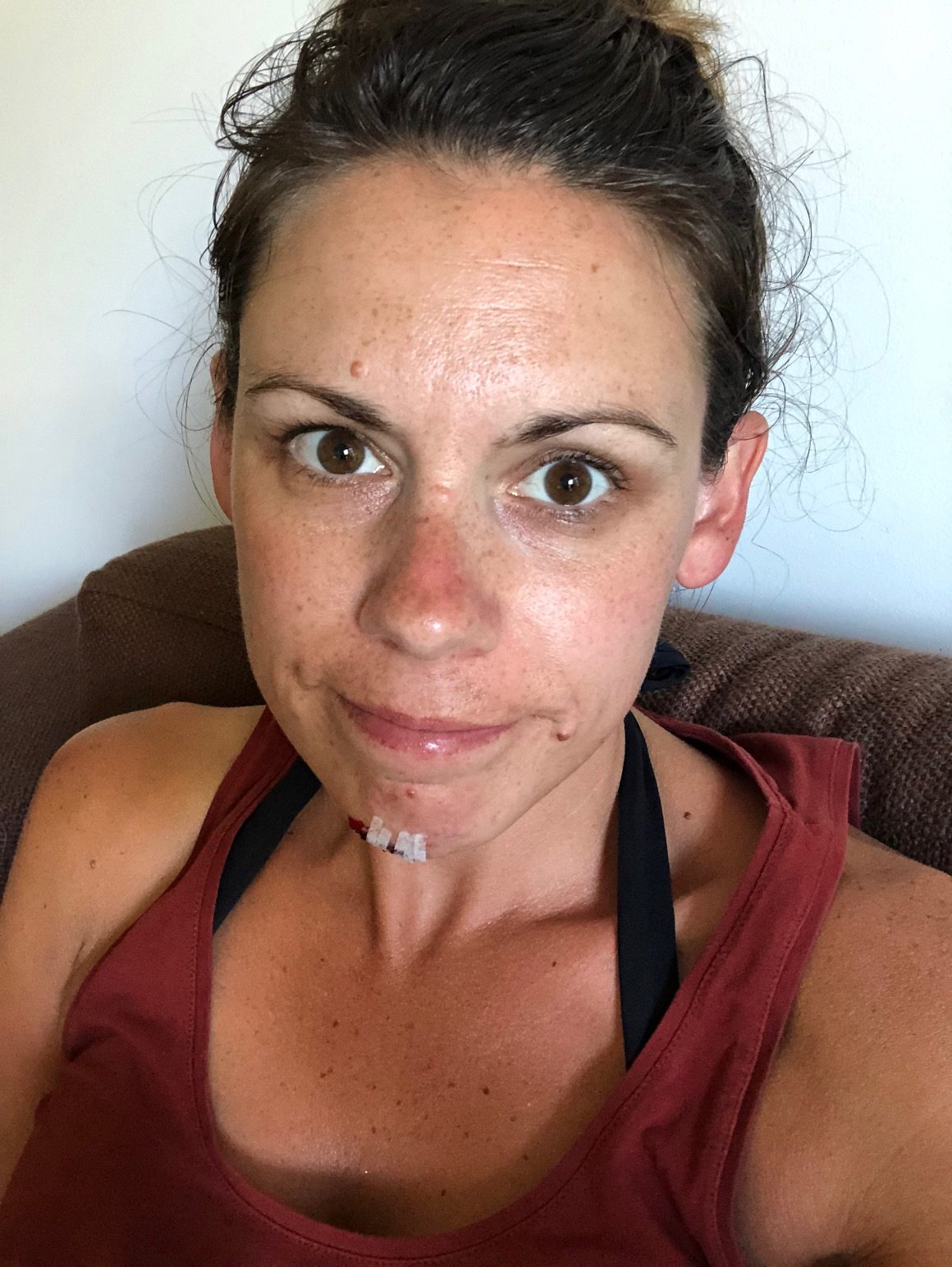 From when we found out about baby bean (as he was known from then on) the nausea continued. I was only physically sick once but had nausea pretty much all day every day until around 17 weeks. We had a weeks holiday booked in Portugal when I was 9 weeks pregnant so I was hoping some R&R would be welcomed. It was, however with a little bit of drama, some could say I’m my fathers daughter (for those who know dad, you’ll understand what I mean and laugh).

We were sitting down to lunch beside the pool and I didn’t feel right, thought I was going to be sick so tried to make it to the toilets, fainted and woke up on the ground with an audience staring at me and blood coming from my chin. It could have been so much worse and now I have a lovely scar and a chipped back tooth to always remind me of this little bean. After a ride to the hospital, glue and steri-strips, a scan to confirm everything was ok and a few stiff brandy’s for my hubby we were back at the hotel and I was subject to many inquisitive guests for the rest of the trip.

I was then also under the constant watch of my hubby and told to rest more than usual. Which I struggled with. I don’t really do rest that well and neither does he. The day we returned to the UK we were supposed to be going to see P!NK in concert at Wembley Stadium. It was one of the hottest days of the summer in the high 30’s so needless to say we bailed on that, which was totally the right decision. When you know, you know and don’t ever be afraid to trust your instincts. Not just in motherhood but in general. (When it comes to my birth story, I’ll talk more about trusting your instincts).

I got a cold at 28 weeks. It really took its toll on me, moreso than a cold normally would. One of the benefits of being your own boss is working from the sofa. Also, at this time was when I started to get uncomfortable. My sleeping really took a knock and I was waking every few hours not only for a wee but also because it was just awkward. I started to feel a stretching type sensation in the sides of my tummy, which I assumed was totally normal. My lower back also ached pretty permanently which I learnt to get used to. I tried not to let it stop me. I’m a big believer in not moping around because quite frankly it’s not going to help your mental state of mind. Sure, rest is important, but there is a difference between rest and simply not doing anything which can often make you feel worse. This was the only time I got sick throughout my entire pregnancy. Which is probably less than how often I get sick normally.

The nausea came back intermittently in the remaining few weeks but nothing compared to what it was like at the start. It was usually in the first few hours of waking up and then it would go. Being uncomfortable got worse. And getting up in the night also got worse although it depends where baby bean was lying. He must have moved occasionally as I had some nights that were just worse than others.

And that was it. There wasn’t anymore sickness (oh until labour where I vomited twice, the first time I had my head so close to the bowl it splattered back in my face, lucky I’ve got a good sense of humour). I firmly believe because you know there is an end in sight, you can mentally process it and get through it.