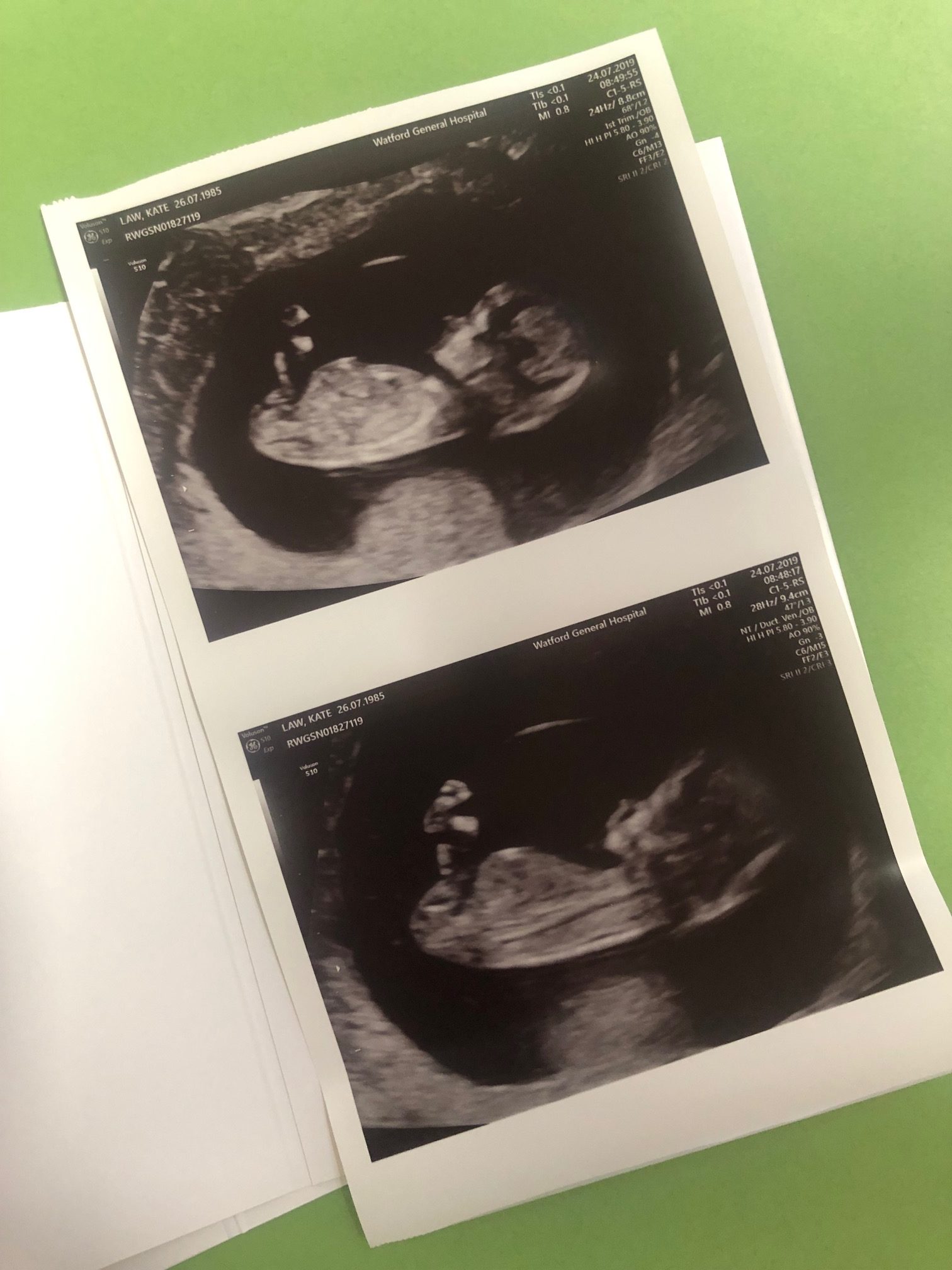 I don’t often write a lot of personal perspective stuff as all my nutrition work is based on science and research. However, when I found out I was pregnant and started my own research on the parent population I found that there are so many inquisitive mothers to be out there, who just want to be listened to and also want to understand how it was for others. Not for comparison, but to help them during their own journey. I certainly found it helped me to understand pregnancy by listening to others and reading a lot of other mothers stories. So, over the next few weeks I’ll be posting about my journey, what changed, how I felt and hopefully to make you all feel a little calmer about things. It’s not broken down into weeks or months, but topic focused, everything from food to shopping, female body changes and what people say. Let’s start at the beginning shall we…

We found out about baby Law at around 7 weeks. We’d been away with friends for a long weekend in France and when we got back I felt awful. I had zero energy, was nauseas for three days straight and said to my husband “I think I might be pregnant, and if I’m not then I’m booking a doctors appointment because this isn’t normal”. Two days later he got home from work and we had both purchased pregnancy tests. It was my mum and dads 39th wedding anniversary, what a gift. We were going to be parents.

At least now I could put my feelings of total rubbish down to something. Most of my friends have had children and they had recommended going for a private scan just to check the viability of the embryo as otherwise we had a nervous five weeks to wait until the NHS scan you book in for at 12 weeks. I acknowledge here that we are privileged to be in this position and £80 later we knew our baby had a heartbeat. That was the only private scan we had throughout the entire pregnancy.

I had a relatively smooth pregnancy, I can’t and won’t complain. There are others who go through hell. I do however, think it’s about being realistic about the situation too. For me personally, pregnancy almost calmed me down a bit. I am always on the go, with things to do. I’m busy. And relaxation for me isn’t really sitting on the sofa all day under a duvet watching re-runs of Friends. It’s more like going for walk, watching one episode of something on television, having a bath, reading, cooking and even cleaning sometimes. But people struggle to understand that. I guess what I learnt from this journey is you know yourself the best and if you are up for something then do it.

At my 20 week scan the sonographer noted that my placenta was lying ever so slightly low so I was booked in for another scan at 32 weeks. I was secretly delighted as it was another chance to see our little baby bean before his arrival into the world. I wasn’t overly worried about the placenta. From what I was told from friends a lot of the time they can move up and in the end what will be will be. If it didn’t move then I’d need a cesarean and that would be out of my control. At 32 weeks, we were re-scanned and it was no longer close to the cervix which was great. Bubs was cosy and his head was down already, I remember my husband saying, “so basically he is upside down, for like the next 2 months”. This was confirmed when he regularly and persistently kicked me in the ribs.

Midwife appointments and the start of labour

My midwife appointments went as normal every 2-3 weeks and then weekly from 40 weeks. In Hertfordshire where I live we see community midwifes at the children’s centre so there aren’t any trips to the hospital unless its for a scan or consultant appointment.

I declined a sweep at 4o + 3 as I wasn’t overly convinced on the benefits and despite being uncomfortable most of the time I was happy our little baby bean would be here when he was ready. I went into labour at exactly 41 weeks.